Call Us Now  |  Book A Reservation  |  Order Delivery with Uber, Grubhub and Favor

Shanon has been in the hospitality industry for over 38 years. His tenure includes operating as General Manager at restaurants such as Arcodoro, DaMarco, Simposio, Amerigo’s, and Arturo’s Uptown–where he eventually became co-owner. His vast experience working with top chefs and restaurant owners gave him insight and expertise on Italian cuisine that he cultivated and ingrained into the well-loved eatery that Roma is today.

Shanon’s love and admiration for Italy doesn’t start and stop at his previous restaurants. Rather, it was his love for the country that led to him traveling extensively throughout all 14 regions of Italy. He experienced vineyards, restaurants, the people and the culture with which he fell in love. From there, his passion led him to open his own Italian restaurant.

His first solo endeavor was Sud Italia, a restaurant focused on Southern Italian cuisine which thrived for three years until he decided he wanted more for it. Equipped with his passion, creativity, and knowledge of what his customers cared about, Sud Italia transformed into Roma–a truly unique experience that allows for guests to indulge in the extensive flavors that Italy has to offer.

This Italian eatery has been thriving for over seven years and attracts new loyal customers daily. Shanon is well known in Houston for his knowledge, his commitment to service and quality, and the personal touch he dedicated to each of his guests. He has been featured in local, state, and national publications for Roma’s reputation and award-winning cuisine. 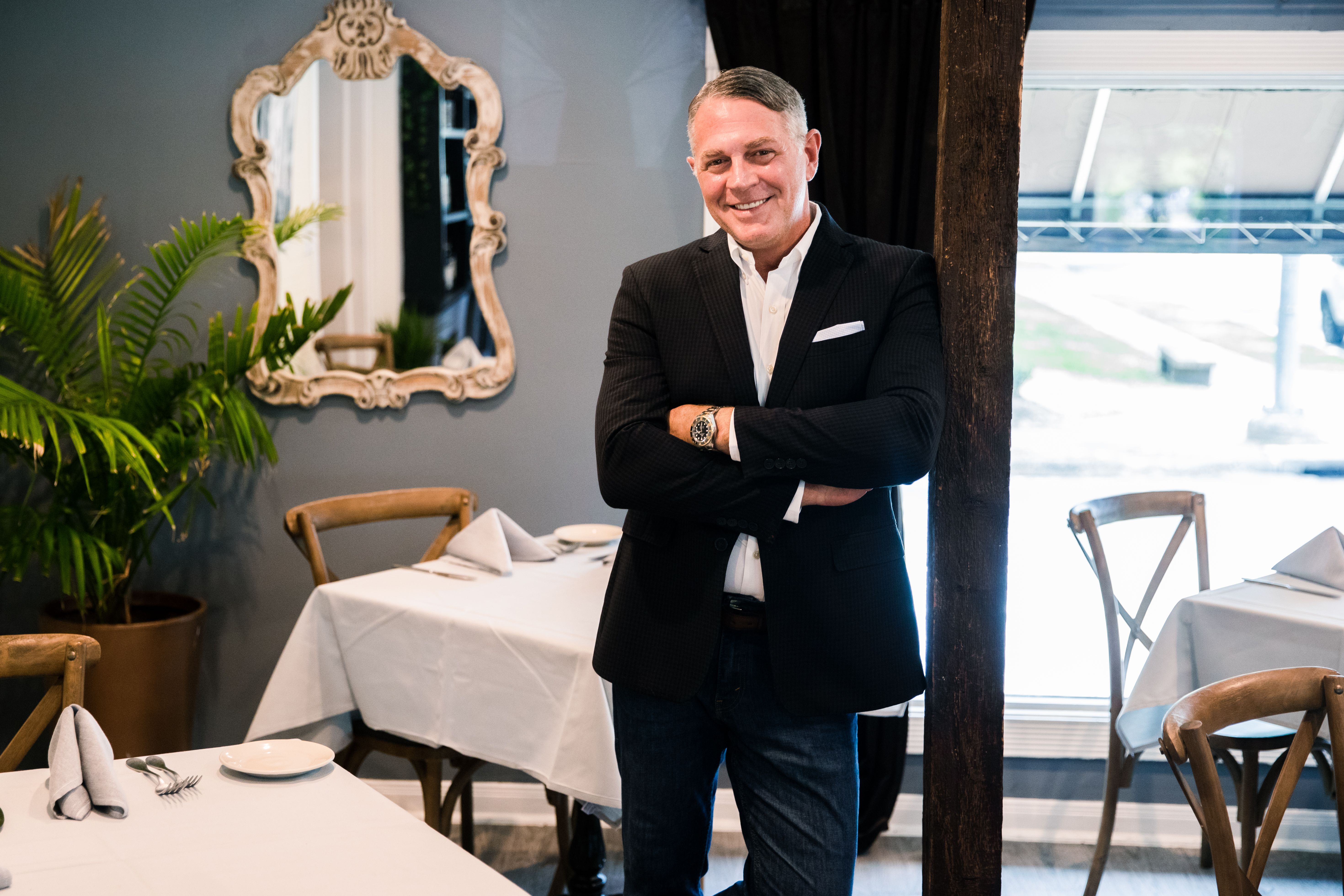 Kevin is an imaginative culinary genius with nearly 25 years of experience in the world of food and hospitality operations. He began cooking as a child and quickly developed a passion for the culinary world. His tenure includes training under the late Tony Vallone along with the opening of numerous restaurants including Aquarium Restaurant concepts, Tony’s Restaurant at Greenway Plaza and Post Oak, and Oceanaire. He is most well-known for his time at Eleven XI Restaurant where he enamored guests with his distinctive creations. Kevin spent four years dedicating a majority of his time to traveling around the world leading disaster relief feeding programs where he prepared meals for tens of thousands of people recovering from hurricanes and other tragedies. Over the last year, he has consulted for a myriad of hospitality businesses across the country. He continues to shine in the kitchen where his creative flare impresses all six senses. Kevin is known for teetering on the line between fine dining and playfulness where varying palettes can unite. He is currently the executive chef at Roma Ristorante in Houston, TX.

Expanding the Flavor of Italy

Where traditional methods meet local ingredients so you can experience the Italian home and enjoy a family relationship.

We source local ingredients from right in our vibrant community while also honoring tried and true, traditional, and authentic Italian cooking methods. From gathering the right ingredients to crafting savory dishes, to serving you right in our dining room with the perfect wine to complement your dish, you will feel the love we put into everything we do at Roma.

Located in a quaint little bungalow in Houston’s Rice Village, we take great pride in our homey, intimate setting. We’re not just a restaurant; we’re your second home where you are always welcome to join our dinner parties. Just like your Italian grandma’s house, we can’t wait to see you and give you a place of comfort, warmth, and irresistible food.

From the moment you walk through our doors, we’re ready to brighten your day. Our team, which has been with us for yeawrs, is just like one big family. When you arrive at Roma, you’ll be treated just like our family and fell well looked after.

Are you ready to find out what Roma Italian Eatery is all about?


We can’t wait to meet you and give you the opportunity to try dishes from all over Italy, right in the heart of Houston. 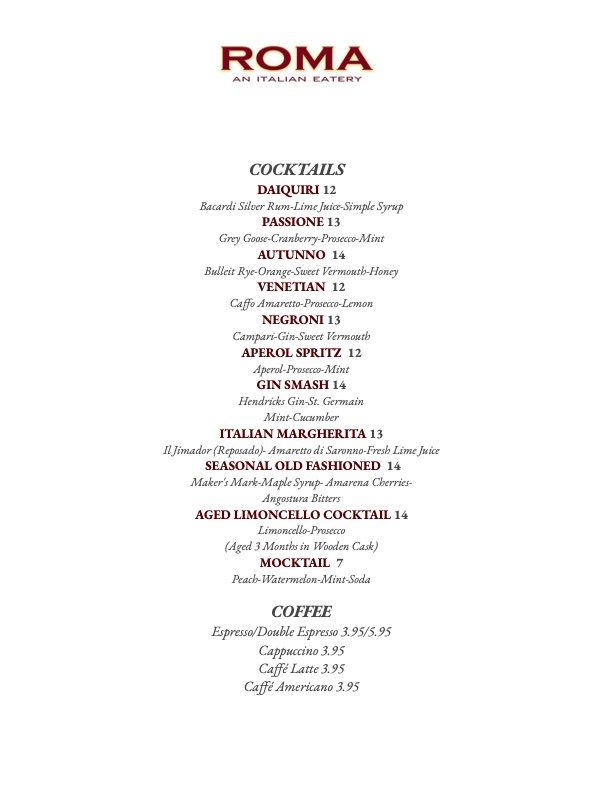 We're offering Thanksgiving plates or family-style takeout
for the holiday at Roma! 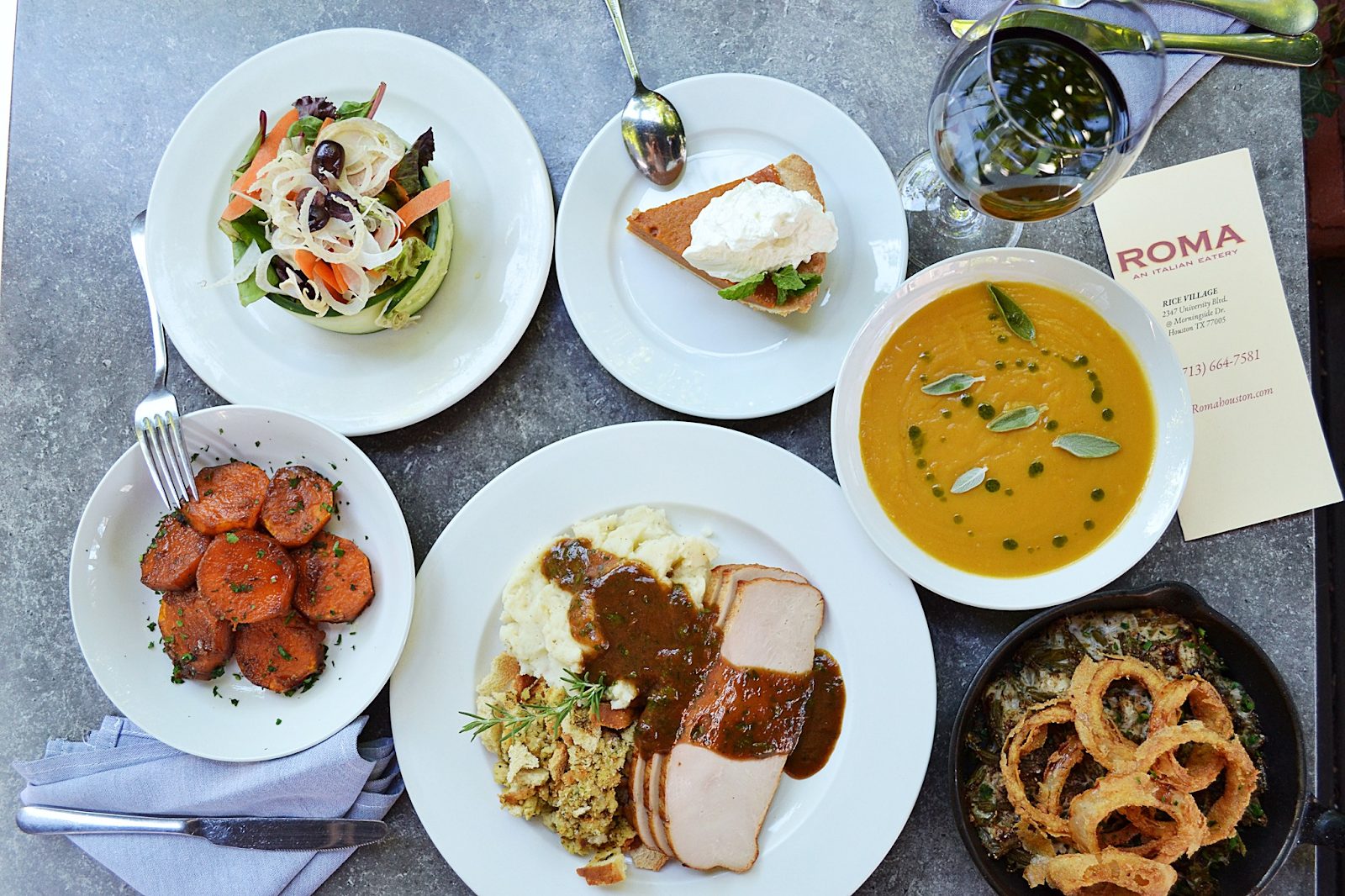 Roma will be open from 11am until 9pm on Thanksgiving Day.

Choose from our regular menu or the classic Thanksgiving plate by Chef Kevin Bryant:

Thanksgiving plates are $59 per person (plus tax and gratuity).

Opting for family-style takeout? We have our signature offerings that feed up to 6 people.